Ham and Bean Soup is such a classic winter dish, and for good reason ? it?s DELICIOUS. Even better, it?s simple to throw together, and actually super healthy. All you have to do is throw everything into a pot, let it simmer, and watch the magic happen.?

We are ALL about soups, so be sure to check out our easy Beef Barley Soup that?s super hearty, Cheesy Chicken Enchilada Soup, this Crockpot Taco Soup, and this Cheesy Version of Taco Soup. 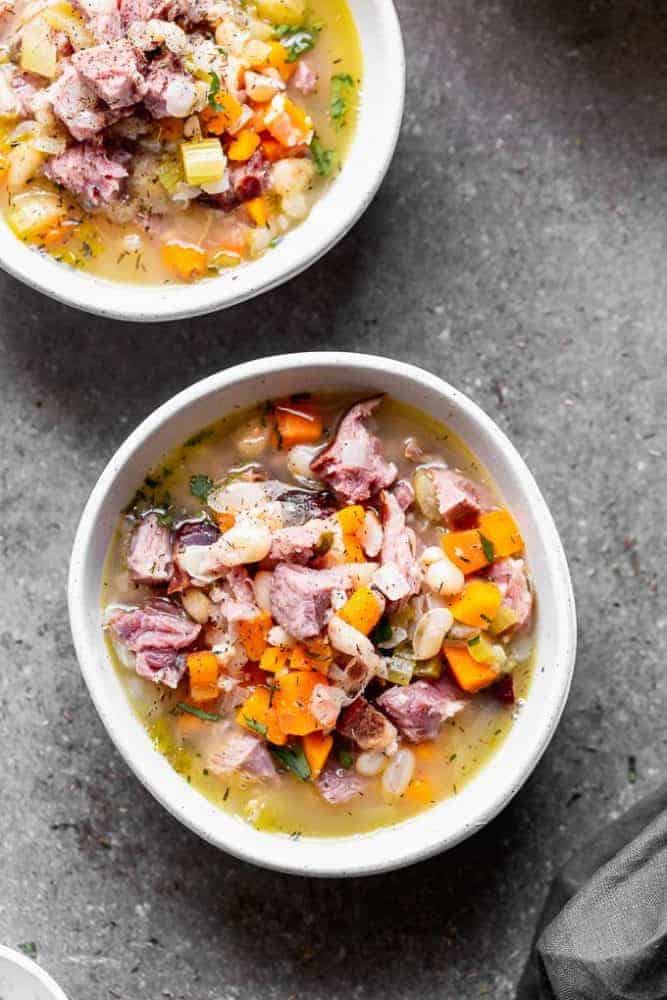 It?s happening. There?s a chill in the air, I need slippers when I?m walking around the house, and all I want to eat is a big bowl of piping hot soup. Normally I?d go for Broccoli Cheddar or some version Chicken Noodle, but lately I have been ALL about Ham and Bean Soup. I love that it?s a little bit more healthy and hearty than any of my usual go-tos.

It?s packed with veggies, tender meat from a smoky ham hock, and of course, plenty of white beans. While I love all the good stuff inside the soup, what I really crave is that salty, flavorful broth. I could literally drink it with a straw.

What I love most about this recipe, is it?s basically a dump-it-and-forget kind of meal, which are the best kinds of meals on busy week nights. 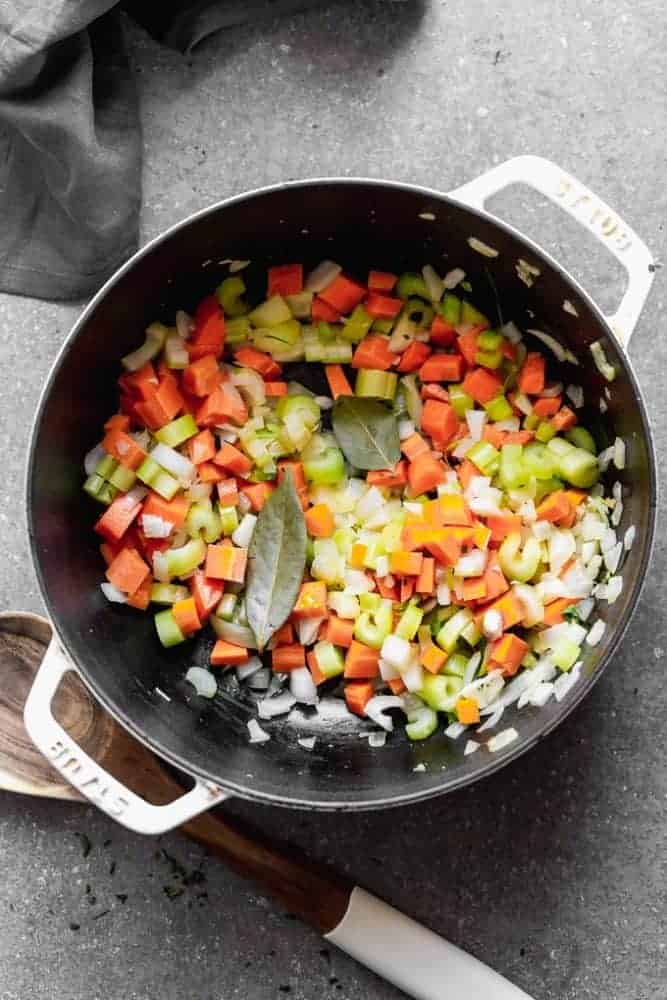 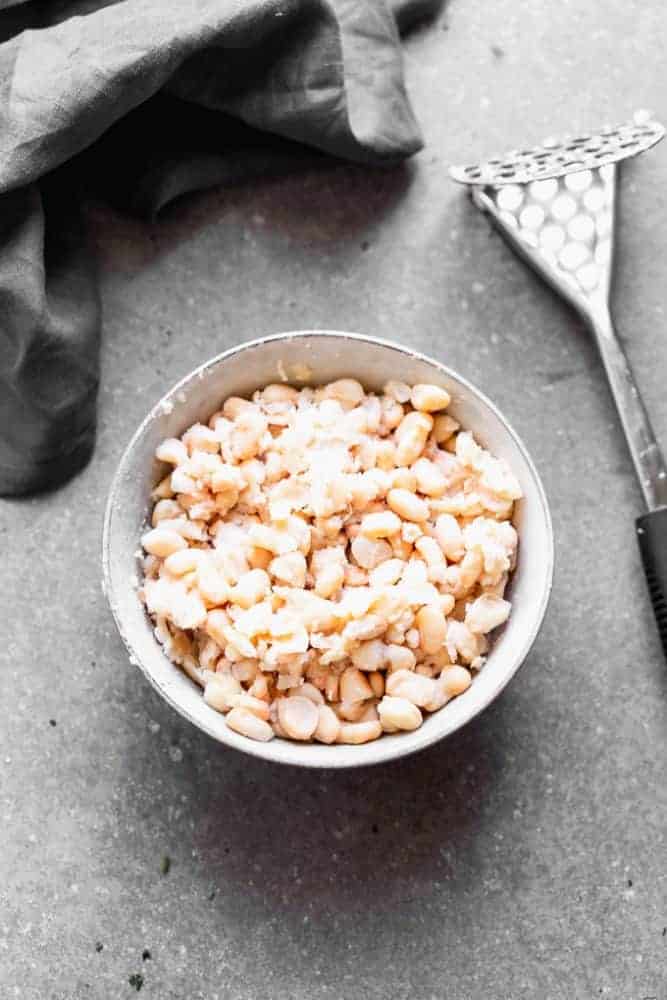 How to make Ham and Bean Soup 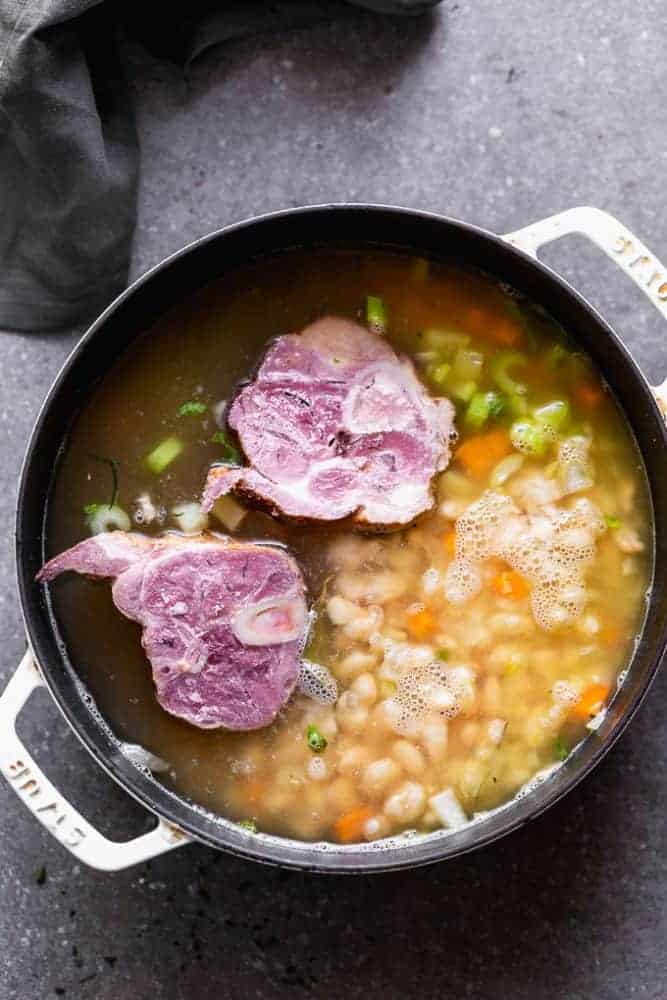 Can this be made in advance?

Yes! Make from starch to finish, cool and store in an airtight container for up to five days. You can also add the soup to a freezer ziplock bag, lay flay on a baking sheet, and freeze. It will keep for up to three months.

What to serve with Ham and Bean Soup? 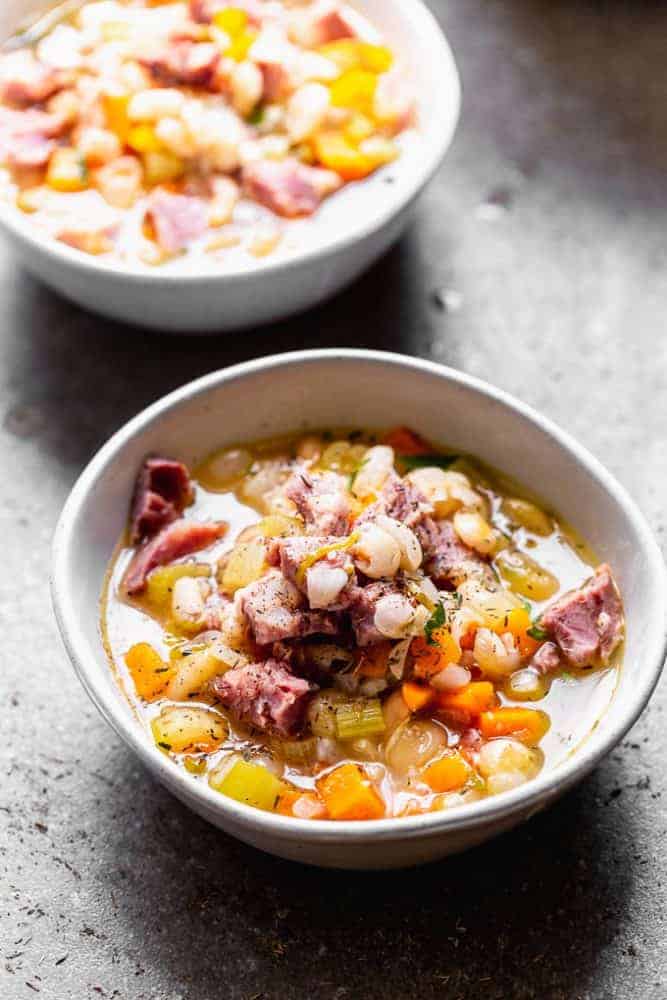 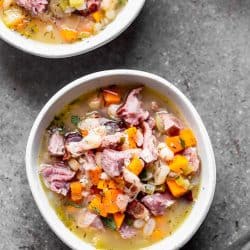