Who doesn?t love potatoes? They taste great whichever way you cook them, be it scalloped potatoes, mashed potatoes or wedges! 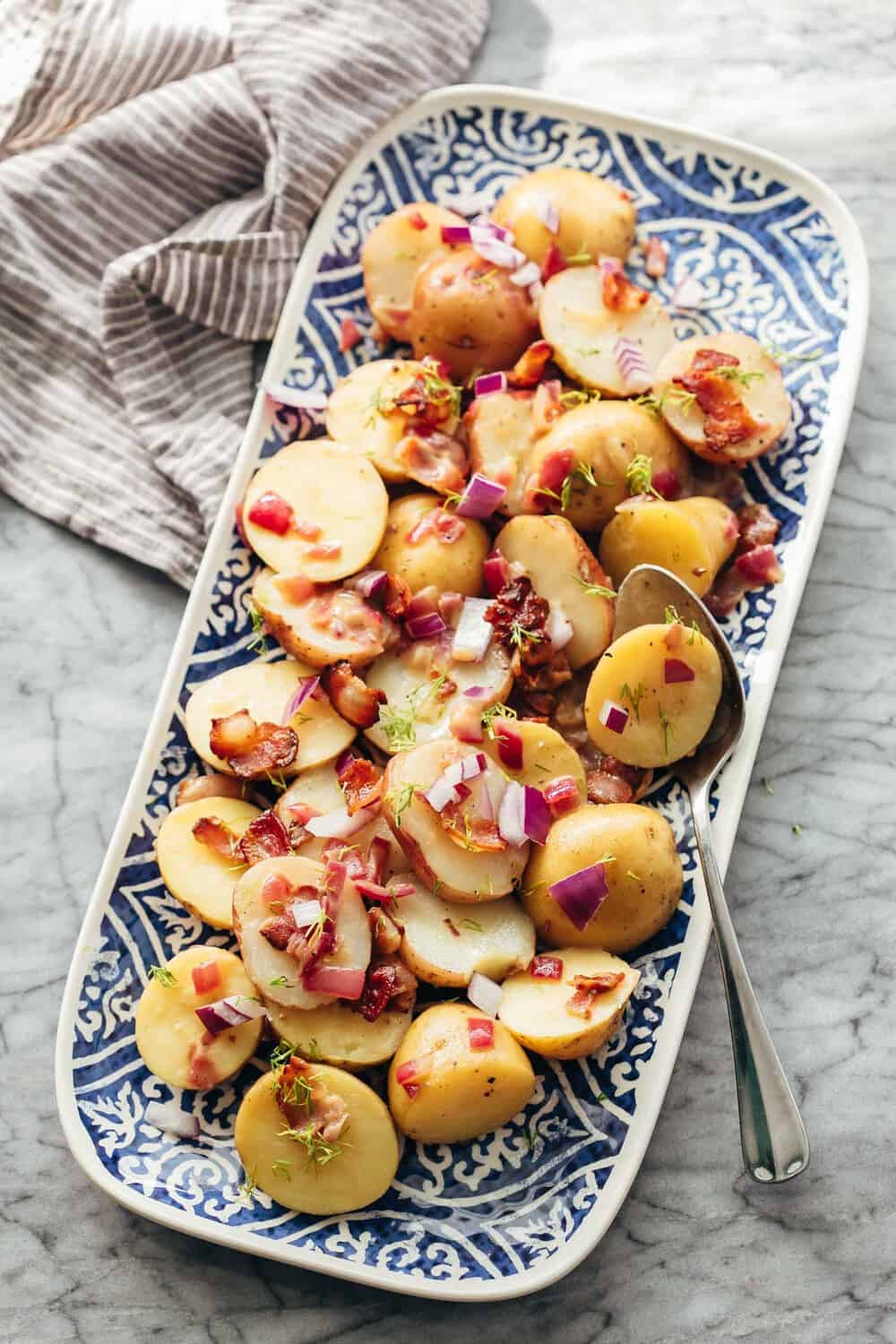 Hot bacon dressing, soft boiled potatoes and lots of bacon ? what?s there not to like! If you are bored of the regularly creamy potato salad, this German Potato Salad is a must try. Flavours like you won?t believe it. It?ll be the first thing that?ll vanish at potlucks and picnics.

You will need baby potatoes for this salad. Its traditionally made with baby red potatoes but Yukon gold will also work. Leave the skin on because it adds more texture and flavour to this salad. The potatoes are boiled till tender and then tossed with the dressing. 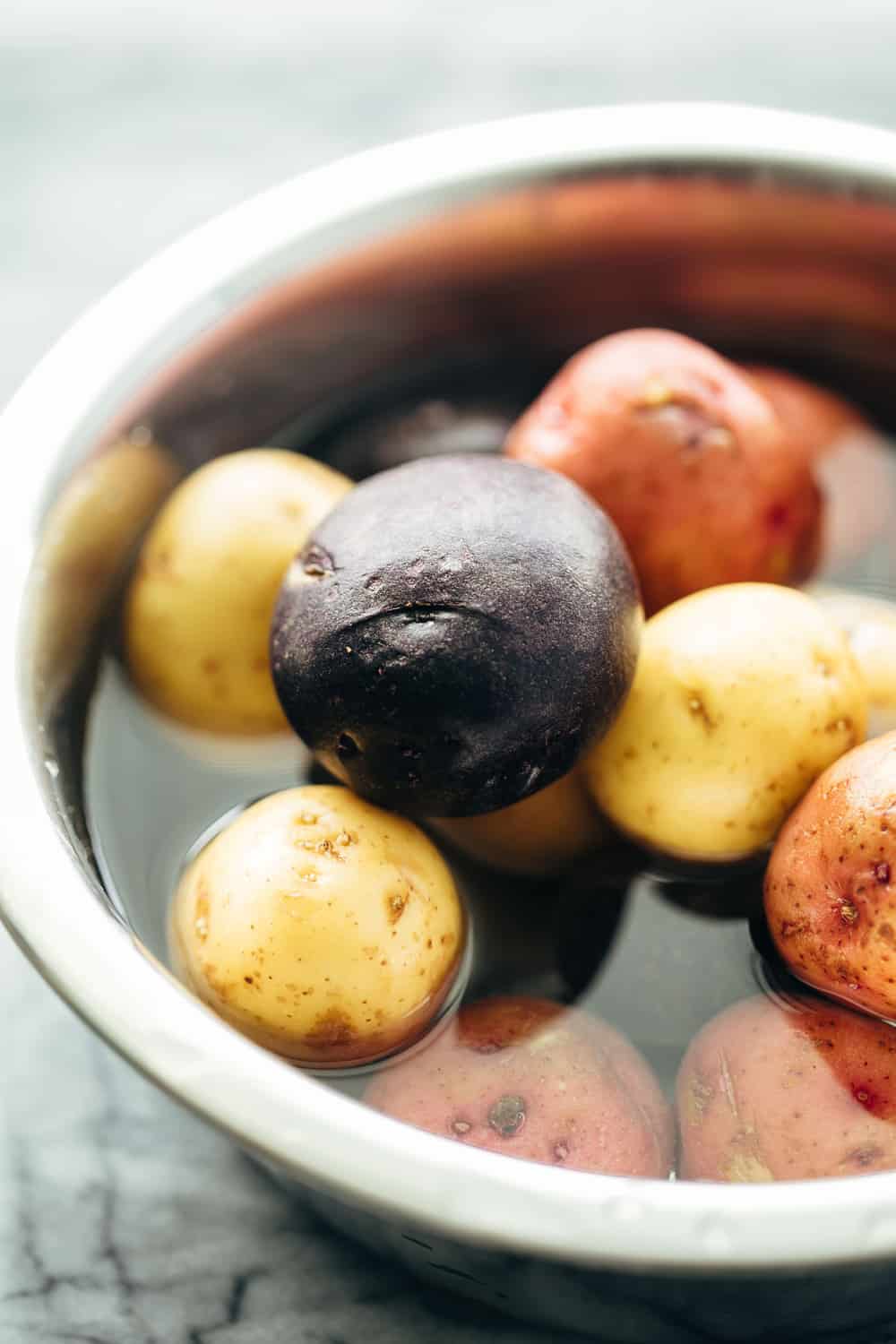 The best part about this salad is the tangy, hot bacon dressing. It?s made with red onions, mustard, vinegar, sugar and bacon fat of course. It?s what makes this salad so unique and so yum! The onions are cooked in the rendered fat from the bacon and then everything is tossed together to make a delicious dressing for these warm potatoes. Don?t worry if it looks like there?s too much dressing. Once you toss it, the potatoes will soak it all up.

I love using thickly cut bacon for this so that there is enough fat rendered for the dressing. And I like my bacon on the crispier side because that crunch is amazing in this salad.

Make sure to use red onions here. The tanginess and that sharp flavour is super important here. White onions just won?t cut it.

This salad makes a great side and can be served warm or cold. So depending on the weather, you can either serve it immediately or chill it in the fridge for a couple of hours. 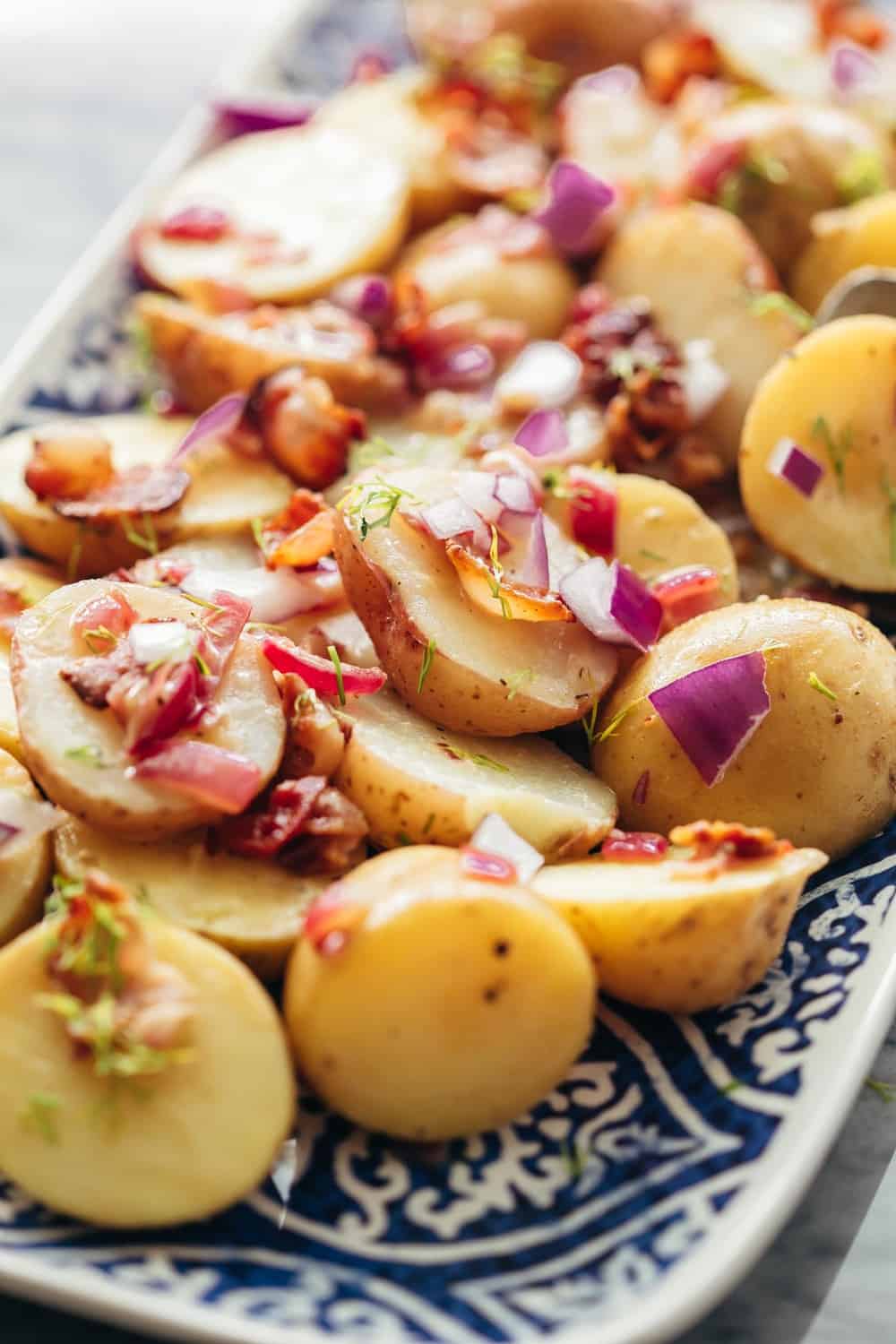 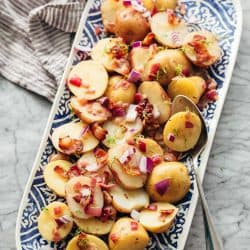